I asked you for fridge magnets, and I didn’t care how you used them – poetry made from magnets, words accompanying pictures of magnets, haiku or poetry on the theme of fridge magnets, anything. What I received rather surprised me, so I’m going ahead. Because this Showcase is rich in content, it will be exceptionally and untypically low in contributors, and I am featuring only words found and photographed by Robin Malherbe, fridge magnet poetry by C B Wentworth, and words/image by Jesus Chameleon and Pablo San Blaz. 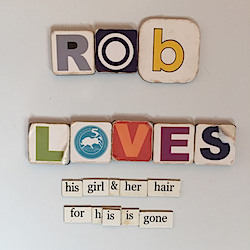 The theme for this Showcase suggested itself when I spotted some messages left for Robin Malherbe, on his fridge. You have already seen a couple of them. They started with a simple statement – “Rob loves you” – and having started, they continued, changed at a whim, expressing each time a simple thought or message, sometimes stacking magnet upon magnet so that thoughts, words, moments seemed to overlap. To my eyes there seemed to be something in these that was kin to haiku. They were never intended as such, or as poetry of any kind, but they tickled me, and I wanted to put them on display here.

Rob is involved with a church, and in this capacity he has travelled the world, almost settling down but suddenly being uprooted and sent somewhere else. There’s a South African couple in Madagascar, belonging to Rob’s church, who have a clan of boys, ranging from 11 to 15 years of age. The family has been in Madagascar for six years, and it was during Rob’s most recent sojourn there that these messages started appearing. I love their simplicity and their visual impact. I love the fact that the magnets are well-worn and used. I have to say that I also love the fact that although these have Robin’s name tagged to them as photographer, the boys themselves are anonymous, for the purposes of this exercise. We have already seen that “Rob loves you” and that “Rob loves his girl & her hair for his is gone”, so here is the rest of the series – enjoy! 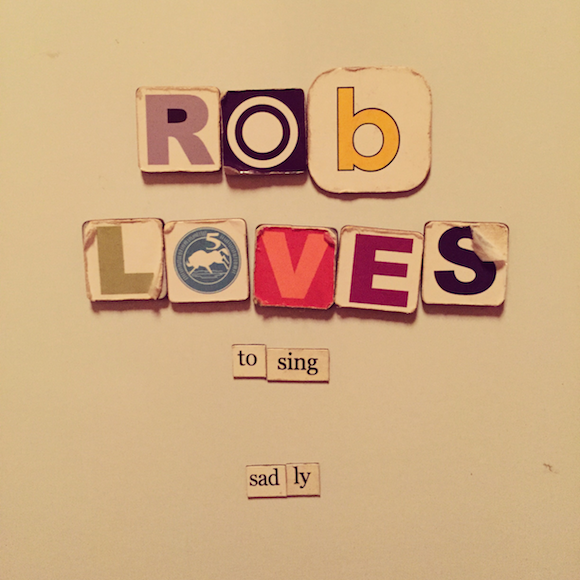 And, by complete contrast…

both sides an attractive device 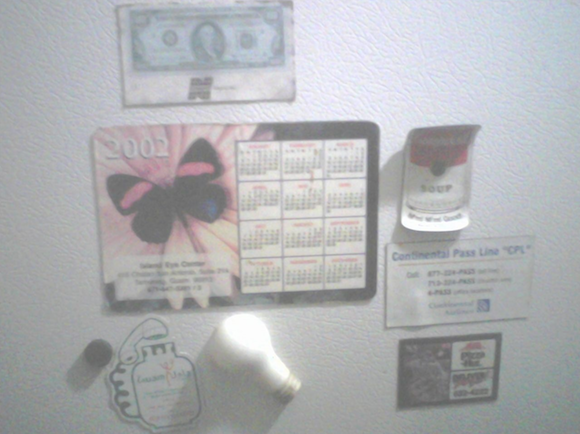 magnets
not all
square

alone in the fall
by magnet messages
enlightened

As you may imagine, the zen space receives a lot of submissions. I try to use as many as I can each time I publish a Showcase. Originally the idea was to make this an ‘invitation only’ publication, and I have indeed had some wonderful material from writers whom I have sought out. However, the zen space has also attracted many writers who simply send in speculative submissions, and I have to say that amongst the submissions have been some gems, so much so that I have been delighted to receive them, and I hope that these speculative submissions will continue. I am currently holding on to scores of extra submissions that have not yet made it into a Showcase. Yes – the zen space is fast running out of zen space!

I would like to ask a favour of those writers I have already featured a number of times. I love and value your work, but would you hold back for a while, so that I can feature as many new and less-frequently-featured writers?

For now, I only intend to make this request to cover a small handful of Showcases, and will probably have released the brake again by this time next year. I may even contact one or two of you with specific invitations to submit something special for me. Meanwhile, if you would like to help me out, may I suggest that you contact your favourite haijin or spinner of short verse, and alert them to the existence of the zen space.

Specifically excepted from all this is the next Showcase – Winter 2016 – which is again specially themed. I am looking for words about Brer Crow, Jarl Corbie, Maȋtre Corbeau, Magister Corvus, in all his jet glory. Or her. Crows always seem to be male, but a good half of them actually aren’t. What can you say about this bird? Tidier-up or Lord/Lady of misrule? Random or full of purpose? Fiend or friend? What does the sight of crowflight conjure up for you or suggest to you? Tell me. 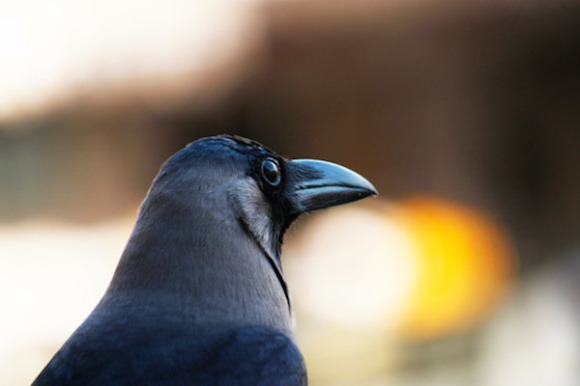 the zen space is at least a month out-of-phase with A Hundred Gourds, but I always take pleasure in passing on some of the details I receive from editor Lorin Ford. Not only are we out-of-phase by publication date, but we also have diametrically opposed seasons, as in Australia our autumn is counterbalanced by their spring. Go here for the current issue.

A Hundred Gourds is looking for a suitable editor for their Expositions section, by the way.

The next Showcase at the zen space will be Winter 2016 which will be released, subject to karma, on 1st January 2016.