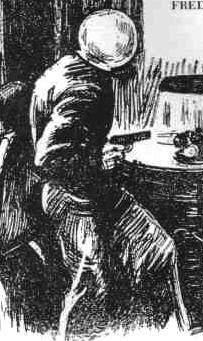 The majority of the work that is submitted to the zen space is recognizably haiku. No problem about that. Haiku is supposed to at the core of our joint experience here, right enough. However, there are two things I am always on the lookout for: firstly writers who haven’t featured here before, and secondly short poetry which, although it is clearly ‘in-the-moment’ is not instantly recognizable as haiku. You’ll see, then, that the balancing act I need to perform as editor of the zen space is quite a tricky one. I need to find new talent whilst also making sure people who have been featured before don’t feel snubbed, and I have to find new modes of expression whilst also making sure that people feel free to submit haiku. Usually a showcase isn’t truly prepared until about an hour or so before I set it up here on the web site. Once it is set up and posted, it has an air of calmness and serenity that belies the chaos and panic that was there just a few short minutes beforehand! The ‘swan syndrome’ – catch my drift?

Last night I had a very vivid dream, in which I was looking at a hardback book, and a short chapter in the middle caught my eye. “Why! That’s just right for an editorial for the zen space instead of the editorial I’ve written! I’ll substitute it as soon as I wake… oh…” Then of course I did wake up, and the words in the dream-book faded from my mind. I can remember that there was a lot of dialogue on the page, but that’s about all. One thing I have excised from the first draft, however, was a long whinge about how I came to start the zen space – I’ve decided to keep that to 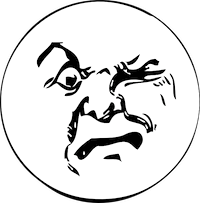 myself for now, but I might fess up some other time.

I think I’ll hand over to a ‘guest editor’ for the next Showcase. We’ll see…

Oh, by the way – no reason for all the pics of the moon.

not knowing
what to say
is enough

the river is there
we think

Sitting in the forest –
the fly on my thumb
meditates with me.

Clouds pull up her shadows
behind themselves –
on me

Rebirth of a fern sheet –
as a plastic mug on a beach
of Majorca.

Imagine is something that poet and photographer Jenny Luu prepared initially for her BA in photography in 2008. Recently she has decided to release some of this work on the internet, and has been gracious enough to share some of her initial pieces of ‘poetic photography’ with us. More will follow at her blog site in due course. Her shared pieces follow below, and when you have taken them in, you may like to follow this link to her blog for more detail. 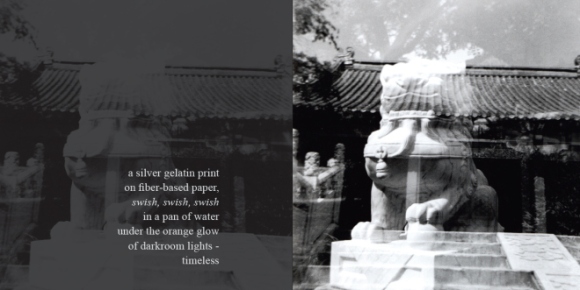 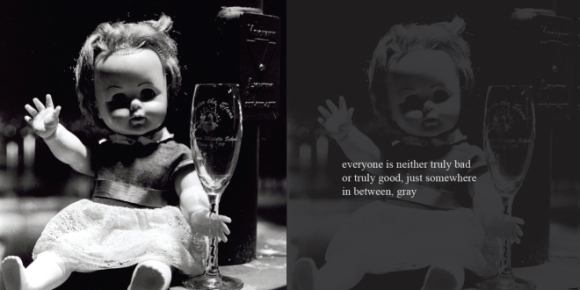 slanting rain
the dog watches
the half full pot

on the footpath
a blue tongue lizard
disrupts my dreams 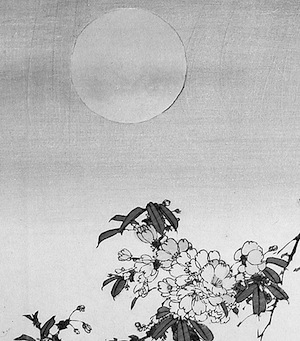 Her nape a sensual
display. He averts his eyes,
she makes ritual tea.

dead fallen leaves
dance with the wind
around the tower

shower of pears
at my feet
winter’s gift

Angélique Jamail’s blog recently featured an excellent review of Fady Joudah’s ebook Textu. Go here to read it. We’re privileged to have Fady’s permission to publish a handful of short poems from Textu.

Where your lips seem to end
small mouth

they extend & flutter
then dip into your dimpling cheeks!

In that marionette valley
I want to rest my lips

I am a fig of your imagination
fig meant for it

you’ll care a fig
give a fig bleach it

A Thousand & One Nights

Surely Penelope had sex
in her husband’s absence

With slave men & women
the undocumented

Folks in other words
the blind could not see

When the Grandmother Dies

it’ll be kept secret
from her four daughters

who’ll be flying in
from three different countries

after years of absence
reunion ends
When the grandmother dies

it’ll ruin summertime
for the grandkids who

in their mothers’ grief will eat
okra each day

fresh & leftover
till it tastes like ash
When the grandmother dies

& the sisters
will reply

Were it not for you
the dead would have died

lovelorn – past swooning
everything is just  so – so
no spontaneity
nit-picking, you cover up
your need for a hand mirror

after the dog died
I took his lead out

A reminder to go and take a look at issue 3:2 of A Hundred Gourds, which includes a memorial to John E Carly, and Aubrie Cox’s interview with David Lanoue. Click here.

Readers might notice that this showcase is a little shorter than usual. Sorry about that – circumstances beyond my control. I have a lot of submissions by various writers which I still have to use, however. If your work is in this reservoir of retained work don’t worry – I’ll probably surprise you over the next two or three Showcases.

The next Showcase at the zen space will be Summer 2014 which will be released, subject to karma, on 1st July 2014.

One thought on “Spring 2014 showcase”