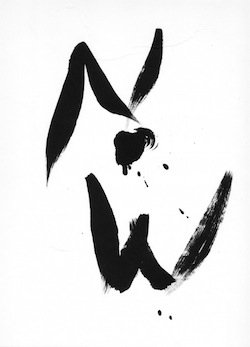 Spring. Of course it’s relative. Spring is on its way here in Scotland; meanwhile summer is coming to an end in parts of the Southern Hemisphere. Just sayin’.

There has always been a visual element to haiku inasmuch as the brush strokes the page and leaves a black trail of calligraphy. It’s often difficult to appreciate that on the computer screen; it seems almost as though that element is lost. On the other hand, the possibilities granted by digital graphics have taken haiga to another dimension, leaving aside arguments of purism. The zen space is – colours nailed to the mast here – about words, no doubt about that; but this Showcase is going to be highly visual and will feature many examples of words coupled with images. In particular there are works by Angie Werren, Johannes S H Bjerg, Alexis Rotella. I had intended to present these showcases without any of my own work, but I have decided to include a visual piece in which a friend who was once a semi-professional cartoonist has taken some words of mine and fitted them into an image.

In addition to the visual works in this showcase, we have received a sequence of haiku from Peter Butler that will be read in public on 11th March, the first anniversary of the 2011 Japanese earthquake and tsunami, at the Bunkasai Cultural festival in London. This sequence plus haiku, unaccompanied by images, from other contributors, will also be featured below. I plan to go back to an all-words showcase for Summer 2012, and return to the visual pieces again in due course. The zen space will be open for submission for the next showcase on 1st May. 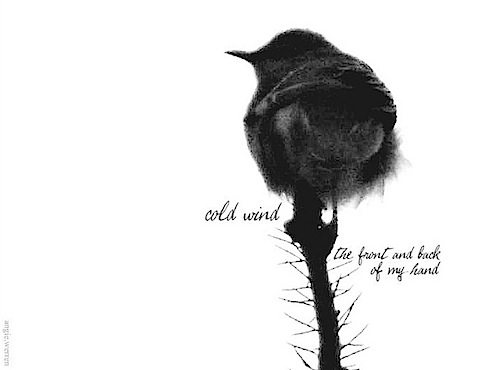 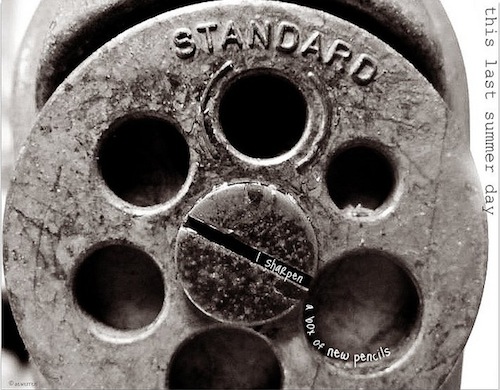 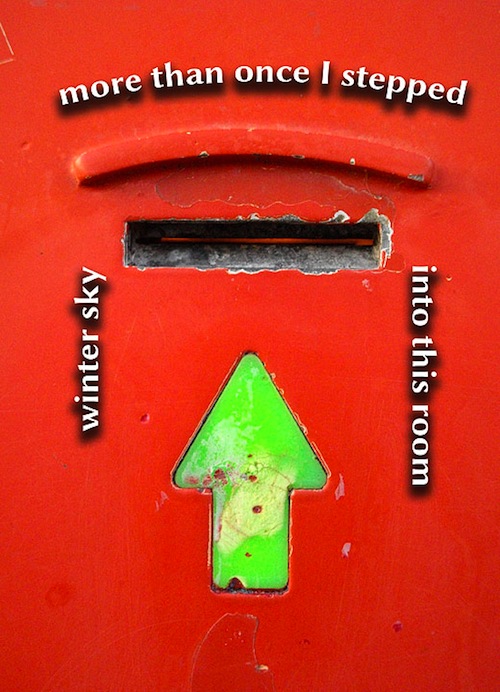 clover blossoms
a handful of spring
in the lamb’s wool 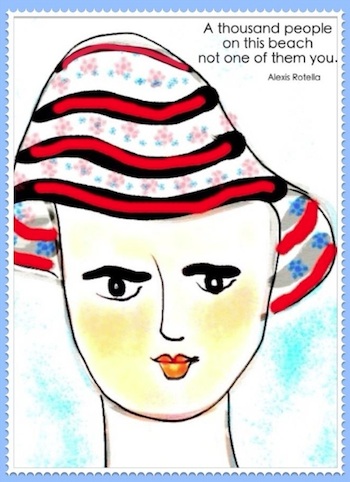 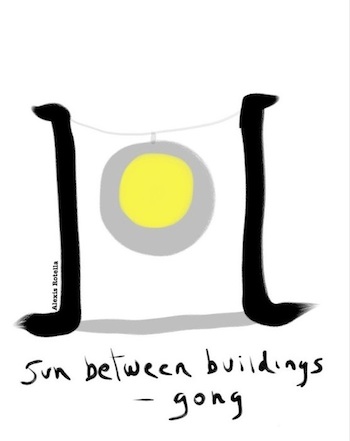 The sheet
on the line
looks like a
KKK member

seized
from the mud
one lottery ticket

a shaking of hands
as the earth
shakes

one mother
cradling
a piece of rock

out of the rubble
a new road
bending into sunlight

The next Showcase at the zen space will be Summer 2012 which will be released, subject to karma, on 1st June 2012. Please note the copyright of all written work and images used in this showcase and elsewhere in the zen space is held by the creating artist/author or by the zen space, even where not explicitly stated, and may not be used elsewhere without permission.