the zen space: it’s raisin d’être is to have a bite at the grape. I’m currantly on the look-out for new talent to pick from the vine, and concurrantly nurturing the familiar.

People ask me how the zen space started, well, the answer is that it started in a fit of pique. I had submitted a haibun to a magazine and had just heard, to my delight, that it had been instantly accepted. “But,” said the editor, “I want this changed, and this, and this, and this…” I asked him whether he had heard of ‘mono no aware’, of how haiku and suchlike were supposed to be products of the moment. He told me no, he hadn’t. I asked him whether he was aware of the origins of haiku in zen. He told me, in effect, “No, I didn’t know that either; but tell you what, screw your haibun, I’m not publishing it after all!”

I wondered what someone so ignorant was doing running that kind of magazine, and I had the idea of starting my own e-zine. Frankly I didn’t expect it to last any length of time at all, but here we are on the twelfth Showcase. One of the exciting things I have done during that time is, from time to time, to invite a guest editor to take over the task of putting a showcase together. Next time hopefully one of my favourite writers Samuel Snoek-Brown will be in the pilot’s seat. Some of his haiku feature below.

Generally the prime source of material in the zen space is writers whom I contact and invite to submit. I do get a lot of unsolicited submissions as well, and I have quite a reservoir of them. I’m beginning to feel a little guilty about neglecting them, and I might look for a one-off way of presenting some them in between regular Showcases. We’ll see.

Ironically, although the zen space started with my not getting something published, the only poet’s work you won’t see here is mine!

mosquitos…
slapping in vain – I begin
to relish the pain

from her e-book Haiku and other micropoetry

caked soil
waits for showers and
its own musk

Truant Rain!
Are you the sad promise of
desire, unfulfilled?

Six moons hang over the beer garden, and ivy has taken over the western wall. Light curves around the cello like infinity in the pocket.

honestly, you can’t replace a lemonade tree with–

the man in front of me buys cherry juice, cube-forced in a tetrapak, produced in sweden by a bunch of robots on a grey production line– while Pippi’s baking pancakes in her kitchen, with a set of brushes strap-bound to her shoes// i have her hair, i think & long for lemonade trees.

earlier i typed rows of figures into a cash machine & suck-licked densely condensed songs from car panes in a traffic jam on my way back from work.

at the check out i find piles of cross/words, tumbling frame-less on the floor

“why don’t you eat them?”
“what?” the cherry juice man frowns his forehead
“i mean// why don’t you find a tree &– “
i never seem to understand this,
&don’t need an answer//don’t need my butter smoothed-out with an ivory, even surface, there are things that scare me well beyond// irregularity, i put my groceries on the counter—-

spring, a bee dashing
in a cherry blossom tree,
pollen as her dress 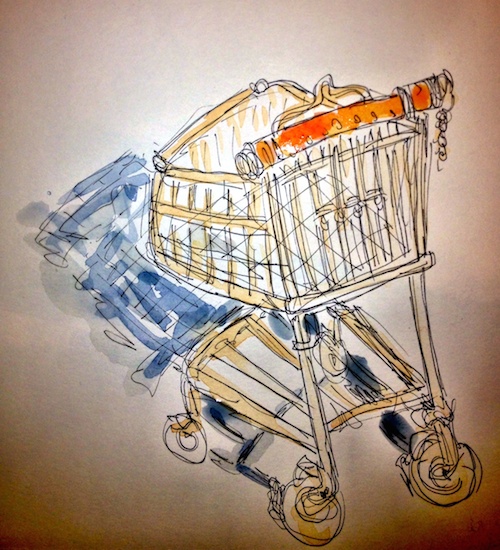 spring leans on my chest&
feeds me cher-
ries

i duct-tape dreams to a
balloon// let
go

the sun dial streaks the hour,
a lover’s
touch

The ‘Tilus’ is a micro-poetry form created by Kelvin S.M. Each Tilus is divided into two parts. The first part is composed of two lines of six and three syllables; the second part is a single syllable, ideally a one-syllable word, to close and/or complete the subject layered in the first part. Claudia’s take on this is typical of her sense of fun. Some examples by Kelvin S.M. himself are shown below.

Cling tightly to hope
Let all else through loose fingers –
Like water, flow through gates.

A day lasts
a day and a plum
lasts a plum

a life lasts a life
but only a day

lasts a day only
a life lasts a life

only a plum
lasts a plum

ripples in the dark
another cavern droplet
falls

hidden in shadows
bird of paradise

out of the darkness
the rumble of waves
further out 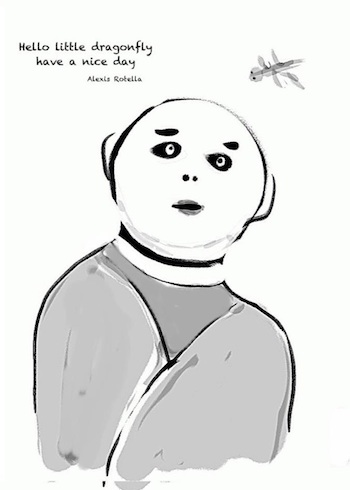 autumn sunset
a stranger looks
in the mirror

winter dusk
at your memorial service
a final goodbye

a spring day
the empty paint can
next to the cot

fledglings
just out of the nest
if joy were sound

and earlier
a swallowtail
where the creek eddies

orange poppies
on the bluest day
the perfect click of marbles

childhood lake
waiting with blue dragonflies
loves me, loves me not

what if
all our languages were song
light on water

why do we
see as we do
particles or waves

Kelvin S.M. is a self-proclaimed poet, a former stage actor, a crayon-artist, a mythical sleuth, a Filipino (with a small mix of Spanish blood) and a chess enthusiast. He started writing poems at age 15, when he was introduced to Haiku forms and Sonnets by the Brownings and Shakespeare. He finds inspiration from the works of Mary Oliver, Confucius, Pablo Neruda, William Shakespeare, e.e. cummings, Jose Garcia Villa, Elizabeth Barrett Browning, Robert Browning, Li-Po, Robert Lee Frost, Wang Wei and many others. When he is not writing he enjoys: the company of the forest, chirping of birds, computing taxes and financial reports, dancing of the clouds, listening to crickets, chatting to frogs, and laughter of a friend. His blog can be found here.

The eleventh issue of A Hundred Gourds, a quarterly journal of haiku, haibun, haiga, tanka and renku poetry is now online for your reading pleasure. Go here. <link> As well as their regular Haiku, Tanka, Renku, Haiga, Haibun and Expositions sections, this issue features:

Issa’s Humanity and Humour: A Haibun Passage from His Travel Journal Oraga Haru
Everyone loves Issa’s haiku for their immediacy and evidence of his seemingly simple humanity, yet we don’t always pause long enough to study the context that might expand our appreciation. Ray Rasmussen, one of the four founders of A Hundred Gourds, returns as guest author of this issue’s feature, an in-depth study of one of Issa’s haibun passages. Ray demonstrates that the time taken to read and reflect more thoroughly brings great rewards. 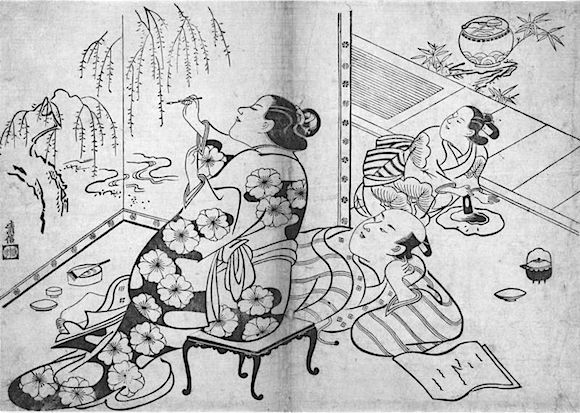 The next Showcase at the zen space will be Autumn 2014 which will be released, subject to karma, on 1st October 2014.