Really, the Equinox can leave one at sixes and sevens – literally, if we’re considering clock time. Do any readers come from a country where they do not have ‘daylight saving’? I think I could cope more easily with being flown half way round the world and having to invert my body clock totally than I do with the two adjustments back and forth in Spring and Autumn. If I didn’t feel like an April Fool before, I do now!

Some of the poets who have contributed this time have been inspired to write about April foolishness, although many of them were March hares when they submitted their work. Others have sent me direct evocations of spring. Others still have simply tossed a ball high into the air to see where it came down. I’m very grateful to all of you.

The oil paintings that intersperse this Showcase are from a web site called Fruitful Dark. They are reproduced by kind permission of the site owner whose full name, for some reason, I have been unable to find out, but whom I know as ‘Fritz’. Silly me – April Fool again! There is also a special supplement of haiga by Nika with photographer Jim McKinniss.

A review of Naomi Beth Wakan’s book The Way of Tanka will appear separately on the home page of this site. If you want to make sure of reading it, please go to the home page and click ‘Follow’ – you should see it on the bottom right of the screen – and you will receive a notification when the review is published.

I am always on the look out for new talent. Can you compose haiku, senryu, short-burst-in-the-moment poetry, imageist poetry, or anything of the such-as-which? Or do you know someone who can? If so, please email me at thezenspace{a}googlemail.com.

I knit words into a shawl
to wrap around your shiver
then wish I’d brought a real blanket, warm

beside the new dress
the threadbare dress—
choosing it again 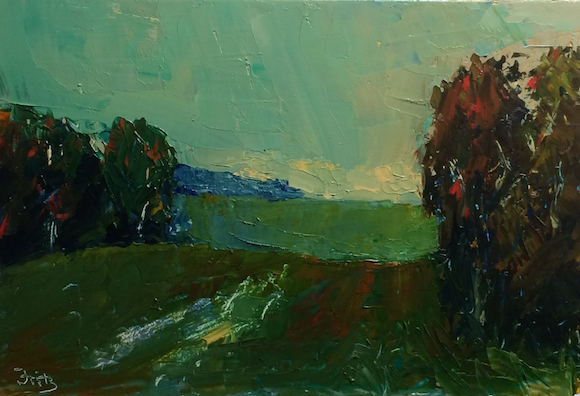 bop!
the zen master holds up
the wooden floor

all the stone buddhas
peel their eyelids back
. . . but I’m tired now

even among mountains
while eating,
just eating

Show me
your simple face
not your original face

Walking pass
homeless man yells
to no one

Not looking
my favorite shirt
became a rag

Please stop
blocking my fists
with your face

pulling the bowstring
against held breath
wind in the yews

Electric blooms
light up the night; dancing dreams
of a neon forest

Tilt your head way back:
And look beyond the tree tops
Toward sky and clouds

Walk under the tree
And let the moment happen:
Light reveals itself.

My yearning for spring:
Brought on by another day
Of endless grey sky.

The real world begins
And is reflected in water –
I pass it slowly.

another April
still falling
for the same fool

discovering
her face in the mirror
the young child’s smile

paddling barefoot
in the first April sun
this chill

Whenever you get in touch with any of the people or publications in the news, please mention that you were alerted to them by the zen space. Thank you.

the cherita
ai li announces the launch of the new on-line journal the cherita, dedicated to writing in that form. The ‘cherita’, which means ‘tale’ or ‘story’ in Malay, is composed of three linked stanzas or one, two, and three lines successively. The founders of this new journal are ai li (editor), Larry Kimmel (editor), and Michael H. Lester (publisher and art director). For more information go to http://www.thecherita.com.

Haibun Today
We’re always late with announcing the publication of a new issue of Haibun Today, because we’re a month out of phase. Their latest offering is a haibuntoday.com and it’s packed with material.

Iota Poetry
Issue 96 of iota Poetry is also available, from the excellent Templar Poetry at templarpoetry.com.

British Haiku Society
The interesting news from the BHS is that they have been invited to take part in a television documentary for BBC4. Filming is due to take place in central London on Saturday the 22nd of April at a venue to be announced. BHS members are asked to bring three unpublished haiku of their own, and one favourite that conjures up a utopian frame of mind. If you are a member of the BHS you should have received notification of this already. The production company’s brief includes the following:

The central idea of the series is to investigate the various ways in which humanity has repeatedly imagined a fictional place or alternative state of things in which everything is perfect. We’ll explore how and why various visions of utopia have been an engine of change, how they have spurred human imagination, inspired major art and design movements, and forged experimental societies. We’ll interview major living artists, designers, architects, philosophers, and writers, and we’ll review key utopians from history. In essence, this series uses the ‘arts’ to understand this philosophical idea of utopia.

As part of this series, we’d like to cover the minimalist aesthetic in all its artistic various forms… in music, art, architecture, design, theatre etc. The argument here is that minimalism is an inherently utopian art-form. In its stripped-back simplicity, minimalism seeks perfection with less. As part of this idea, we’d like to cover Haiku in detail, which is I suppose the most minimal of poetic forms. 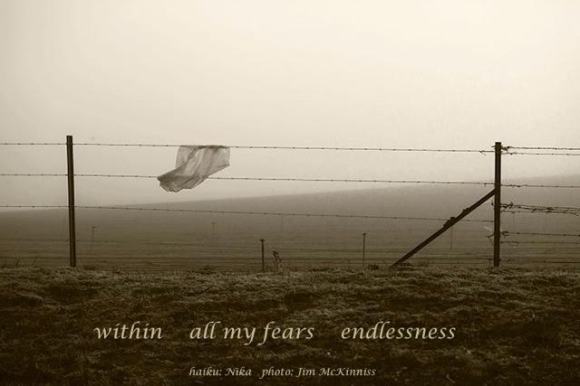 The next Showcase at the zen space will be Summer 2017 which will be released, subject to karma, on 1st July 2017.