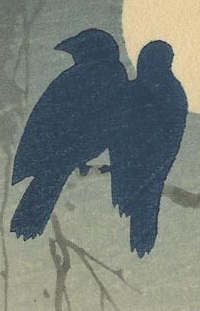 Happy New Year. Or is it, where you are? Maybe by custom and tradition it isn’t. Who is to say when a new year begins? Here in Scotland the crows don’t care one jot about when one year turns into another, as long as they have somewhere to perch, and some leavings to swoop down on. Neither do they care at all about flattery – tell them that their song is beautiful, that the minimalism of its single vowel and accompanying rhotic consonant is rich in hidden profundity, and they will hop sideways away with a scowl, as if to say “And what the hell do you know about it?” The fox’s con act, and his mocking rebuke, still stings the whole race of corvidae, though jays and magpies look down their beaks as if to say, “Nothing to do with us, pally!”

In this neck of the woodland, the crows punctuate both townscape and countryscape, crotchets on the score of ploughed fields, coffee-clutches round roadkill, old and tattered bin-bags and wind-snatched umbrellas in the sky, one moment graceful in an up-gust, the next aerobatically ruined by a down-draught. There is scarcely a moment you can look out, search, and not spot a crow. Small wonder they should figure so large in moments, and in poetry. Small wonder they should gather, in a murder, about me now.

Thank you – you crow-herders, you! – for your imaginings and interpretings, and welcome to the Winter 2016 Crowcase!

morning of crows…
her kohl-rimmed eyes
even blacker

winter crow…
even in my dreams
black 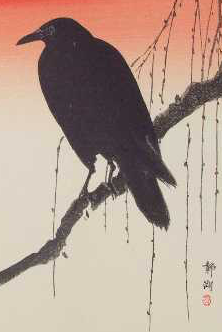 a carrion in the snow…
crow collapses
on crow

first light
across the treetops
the eye of a crow

full moon
befriending a crow
and the crow me

crow feathers
a little blue sheen
in my quiver

still keeping
the numbers under his hat…
crows feet grow

first crowing…
morning wakes in a boast
head up high

Christmas
she calls me to talk
about crows

three crows
fly up from
the stone circle 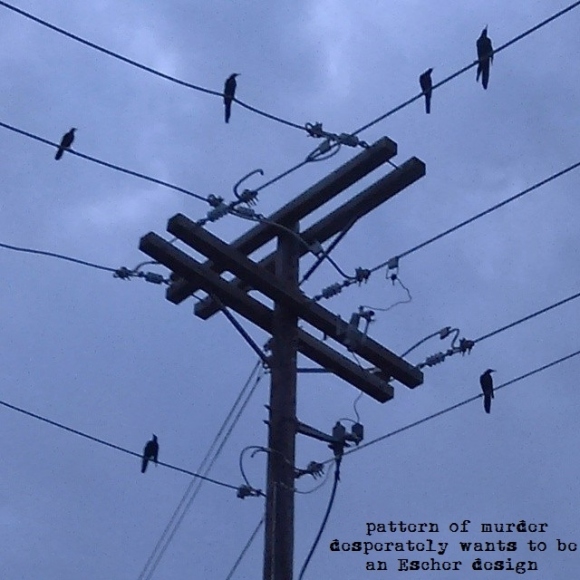 moonless night
at the overgrown grave
the caw of crows 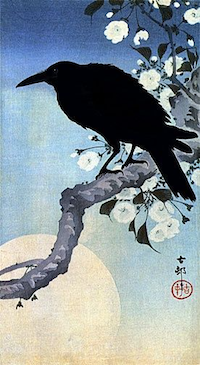 descending darkness
the crow sinks
into it

a crow’s cry
the old dreams come back
to me

… and with artist Jimat Achmadi 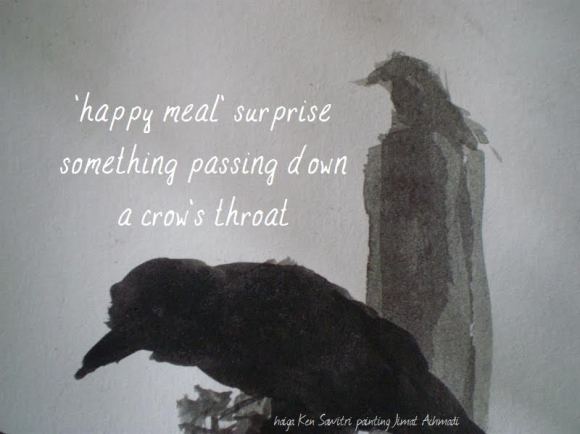 the zen space has just heard that that Mark Gilfillan, editor of The Brief (British Haiku Society) has had to step down from his position. His replacement for now is Gunita Zaube.

The Strokestown International Poetry Festival will be held in County Roscommon, Ireland, from 29th April to 1st May 2016. Their competition is currently running – closing date Friday 29th January – and there are Euro cash prizes to be won. Visit http://www.strokestownpoetry.org. If you get in touch, please mention you heard about it from the zen space.

Another competition, this time for haiku, is being run by Snapshot Press. closing date for that is 31st January. It’s for the kudos of appearing on their annual calendar. The 2016 calendar is still available from http://www.snapshotpress.co.uk. If you enter the competition, or get in touch with Snapshot Press, please mention that you heard about them here. Thanks.

Snapshot press have just sent another item – details of The Lammas Lands, a collection of haiku by Matthew Paul. Check it out here.

Do you know of anyone who writes short, in-the-moment poetry? If so, please alert them to the presence of the zen space.

The next showcase at the zen space will be Spring 2016, which will be released, subject to karma, on 1st April 2016.